NEW SESSION ALERT! We are excited to announce the addition of a new session focused on Arts Education and Healing-Centered Practices to Build Resilience at NTE's third annual Safe and Supportive Learning Environments (SSLE) Summit: Covid-19 & Beyond! Scheduled for Thursday, May 12th (11:00 am - 12:30 pm), this session will introduce participants to arts based, healing-centered approaches to address trauma and build resiliency in students. 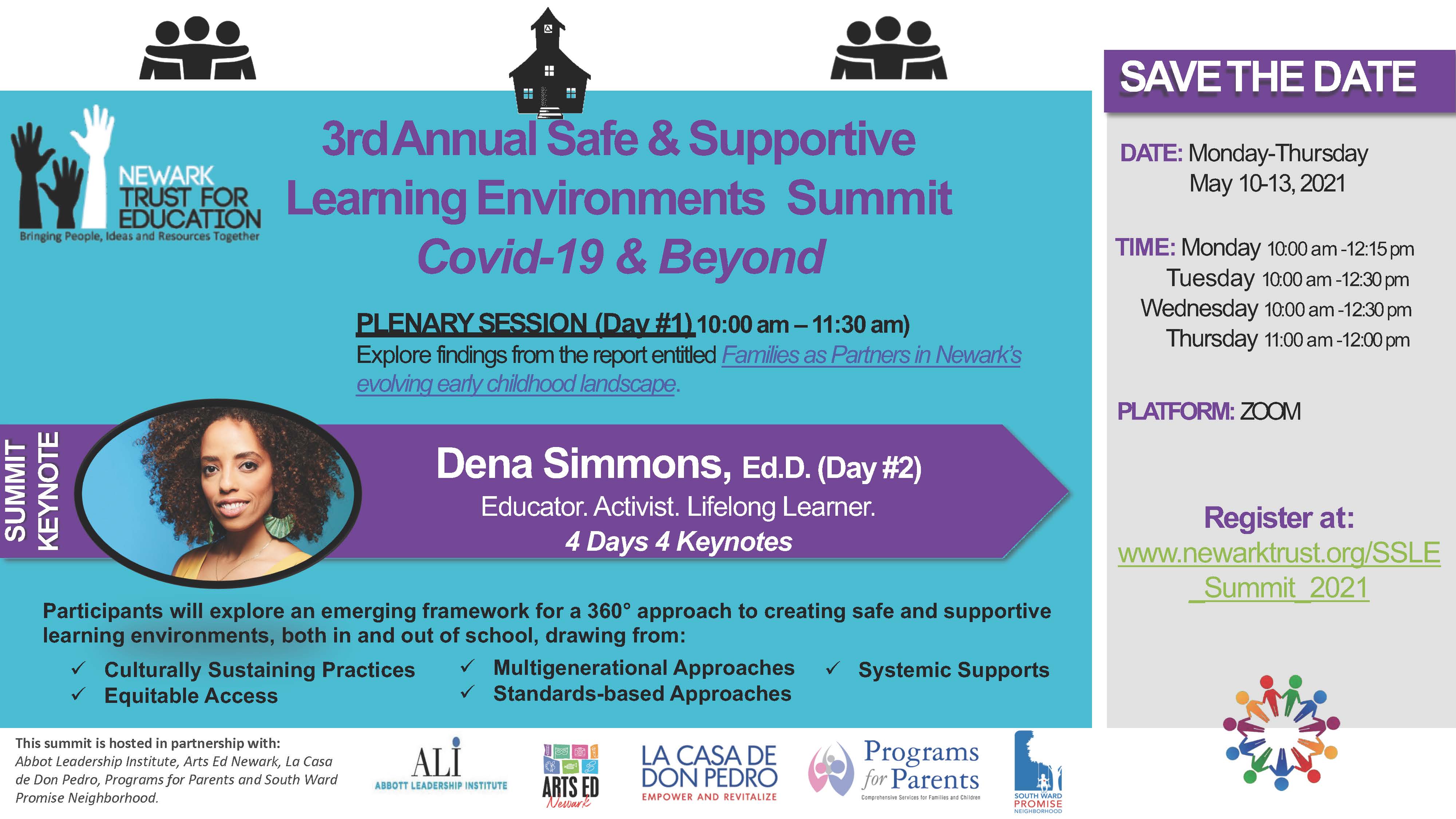 The Newark Trust for Education is proud to present the third annual Safe and Supportive Learning Environments (SSLE) Summit: Covid-19 & Beyond! This year’s summit will focus on working together with students and families to create safe and supportive learning environments post pandemic. Over the course of four days (May 10th – 13th) participants will hear keynote remarks delivered by experts including Dena Simmons, Ed.D., Educator. Activist. Lifelong Learner and founder of LiberatED; David Adams, Board of Directors of the Collaborative for Academic, Social, and Emotional Learning (CASEL) and  CEO of The Urban Assembly; and national expert on Adverse Childhood Experiences (ACES) Dave Ellis, Executive Director for the Office of Resilience within New Jersey’s Department of Children and Families (DCF). 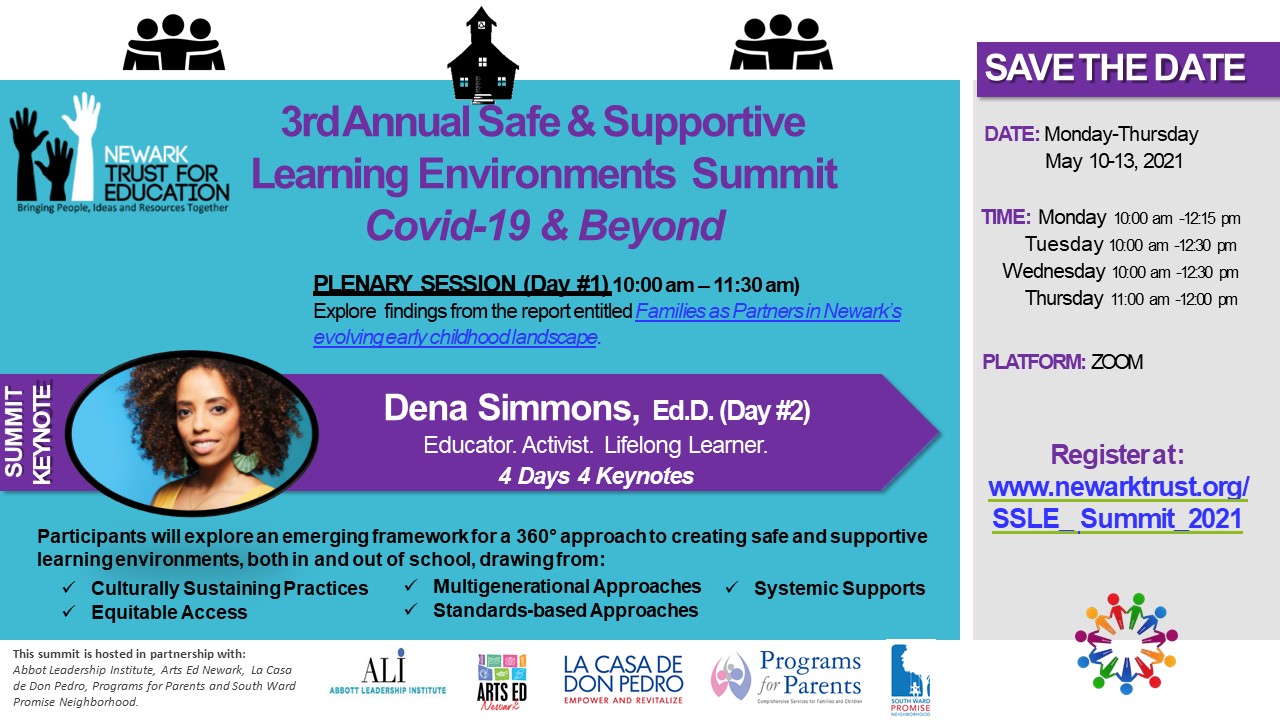 After the passing of NBOE member, Tave Padilla, Vereliz Santana was appointed to his seat in January of 2021. Santana’s term will expire after the April 20th election. The candidate elected for the unexpired one-year seat will complete the final year of Padilla’s term. Visit Campaign Central to learn more about the candidates!

Curious about the public question on the ballot regarding the budget for school year 2021-22? Download our Budget Fact Sheet to unpack the question regarding funds for the 2021-22 school year.