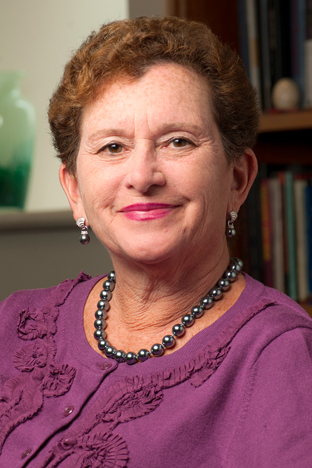 Nancy Cantor, chancellor of Rutgers University-Newark since January 1, 2014, is a distinguished higher education leader who is helping to forge a new understanding of the role of universities in society.

Prior to joining Rutgers University-Newark, Cantor served as chancellor of Syracuse University from 2004-2013. At Syracuse University, she spearheaded pursuit of its vision, Scholarship in Action, a view of the university not as a traditional "ivory tower," but as a public good, an anchor institution that collaborates with partners from all sectors of the economy to more effectively serve the needs of society.

Under Cantor's leadership, Syracuse University (SU) built on its historical strengths, pursuing cross-sector collaborations in the City of Syracuse that simultaneously enriched scholarship and education, spurring transformation of the older industrial city. These local engagements in key areas-such as environmental sustainability; art, technology, and design; neighborhood and cultural entrepreneurship; and urban school reform-resonate nationally and globally, demonstrated the inter-connectedness of the pressing issues of our world.

The breadth, depth, and success of these efforts earned SU the distinction of being among the first institutions to earn the Carnegie Foundation for the Advancement of Teaching's classification as a university committed to Community Engagement and annual distinction on the President's Higher Education Community Service Honor Roll. They also earned Chancellor Cantor the 2008 Carnegie Corporation Academic Leadership Award.

Chancellor Cantor lectures and writes extensively on the role of universities as anchor institutions in their communities, along with other crucial issues in higher education such as rewarding public scholarship, sustainability, liberal education and the creative campus, the status of women in the academy, and racial justice and diversity. Her thought is informed by extensive leadership experience at all levels within public and private universities.

Among the ways she brings these combined experiences and domains of expertise to bear on her work are as co-chair of the American Commonwealth Partnership's Presidents Council, a member of the Steering Committee of the Anchor Institutions Task Force, and co-chair of the Central New York Regional Economic Development Council, a post to which she was appointed by New York Governor Andrew Cuomo.