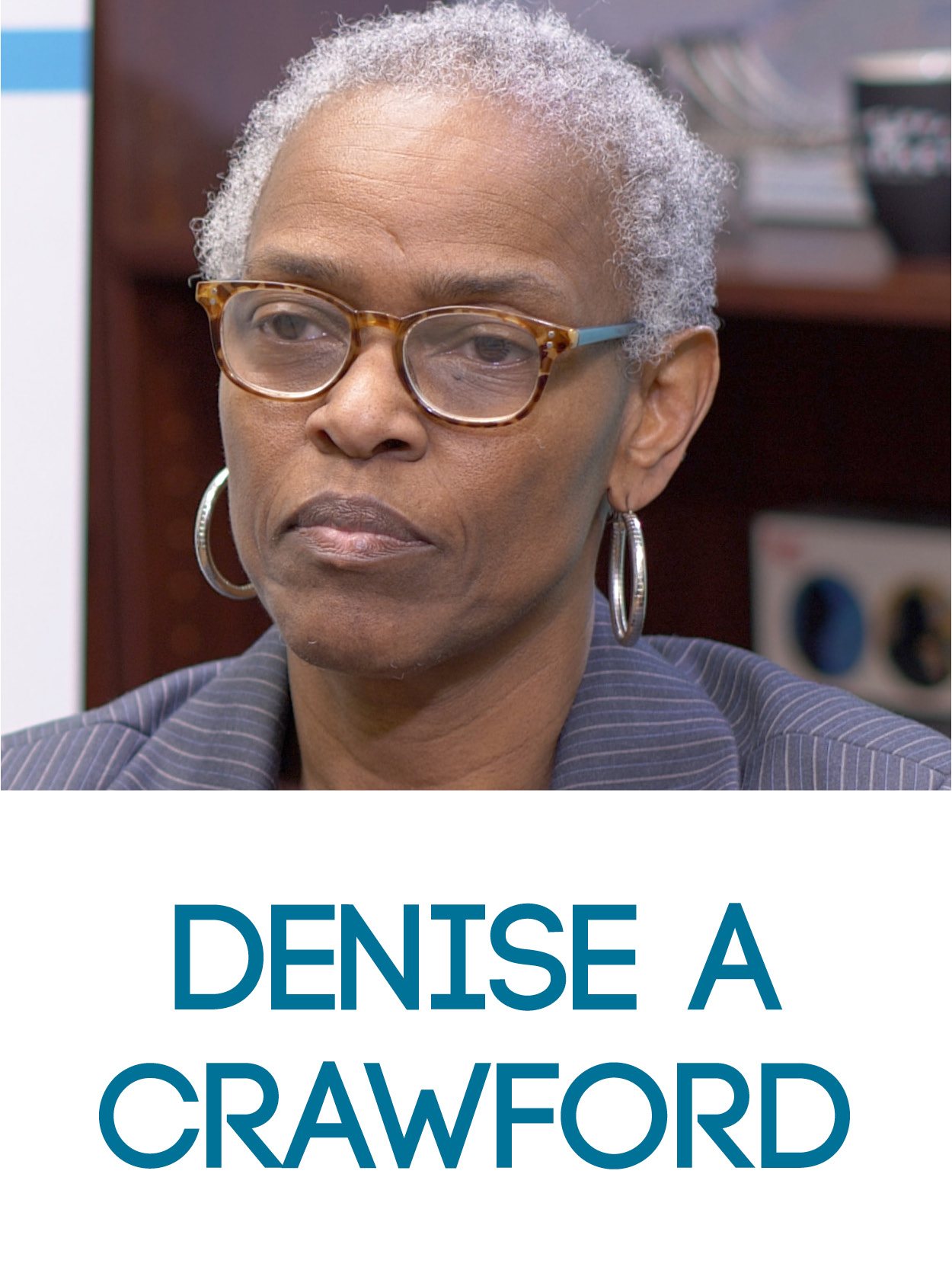 Denise A. Crawford is a proud native of Newark, NJ. She is a graduate of Arts High School class of 1973 and went on to receive her Bachelors of Science degree in Business Administration from Bethune Cookman University in 1976. Upon returning home she immediately began her involvement in the Newark public schools as an active parent and a volunteer in her community.

Upon returning to Newark, NJ she quickly joined forces with the NJ PTA and volunteered her services for over 21 years in the Newark Public school system. She is and has historically been a proponent for children’s rights by elevating the voices of the most vulnerable population in our community. By serving as a liaison for various communities she not only has advocated for policy changes within the Newark Public schools but has also worked to provide policy changes at the state level to ensure a safe and accessible learning environment for all children.

Through her extensive work with community organizers, teachers, parents and city officials she has enhanced the quality of education for NPS students, strengthened relationships between parents and school officials and provided linkages for parents to community resources for their children.

Denise’s service and commitment to the children of Newark Public schools is undeniable and deeply rooted in her belief that all children should be provided with the best opportunities and resources to become the Newark’s rising leaders of the future. Her daughter Akirah Crawford exemplifies the importance of providing children with equal access to quality education and how empowered parents can play a crucial role in their children’s success. Her daughter is an alumnus of Science Park High School, an HBCU graduate of Virginia State University, Fulbright Scholar, Returned Peace Corps Volunteer and was awarded the city of Newark’s bronze medallion by Mayor Ras Baraka in 2015. Her achievements would not have been possible if it were not for the advocacy efforts of her mother and community officials who worked to ensure that she received a quality education.

Denise's desire for seeing more informed and empowered parents, strengthened families, healthy communities and improved educational outcomes for the children of Newark has led her to run for the School Board. She truly believes in the slogan “no child left behind” and has dedicated her life to this mission. Denise is a lifelong member of the Delta Sigma Theta Sorority Inc. and is a mother to her three children who all attended Newark Public Schools.