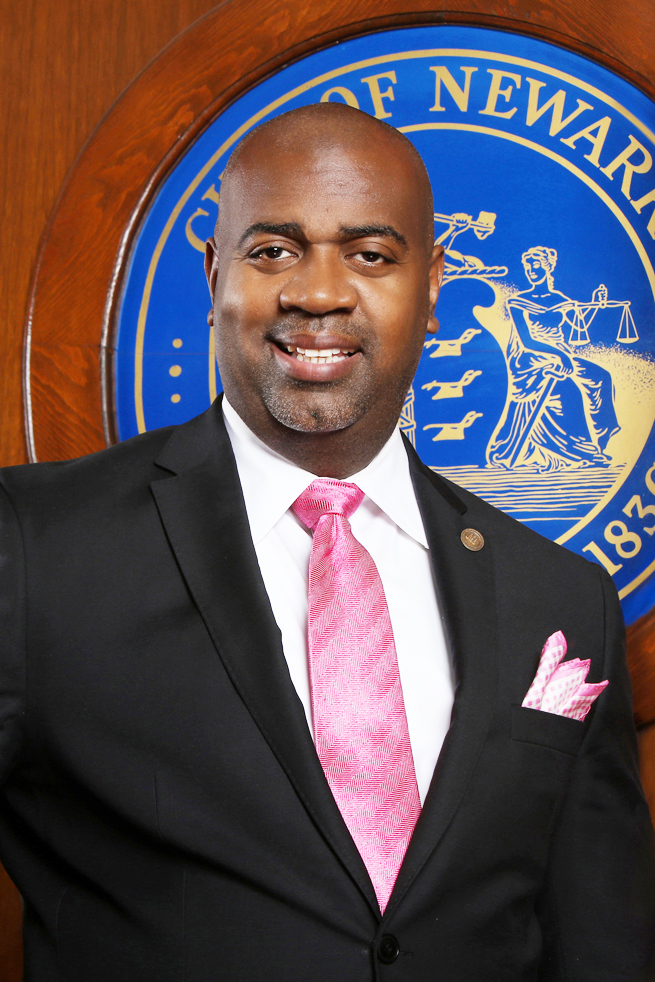 Mayor Ras J. Baraka was elected Mayor of the City of Newark in May 2014, becoming Newark's 40th Chief Executive since the City's incorporation in 1836.

A native of Newark, whose family has lived in the City for more than 70 years, Mayor Baraka was educated in the Newark Public schools and received a Bachelor of Arts degree in Political Science and History from Howard University in Washington, D.C. and a Master's Degree in Education Supervisions from St. Peter's University in Jersey City.

An accomplished legislator and administrator, he has spent more than two decades tackling issues that affect the quality of life for Newark residents, including public safety, employment, health, economic development, and civic engagement. Specific highlights include legislation to acknowledge and address violence as a public health issue, to address complaints on late-night loitering, and to address abandoned properties and blight.

He was elected to the Newark Municipal Council to represent the South Ward in May 2010. Mayor Baraka taught elementary school for 10 years and coached girls' basketball before becoming the highly transformative principal of Central High School in 2007, serving in that position until 2014.

In 1994, at age 24, he ran for Mayor of Newark, and in early 2002, for Council Member-at-Large. In September of that year, he became a Deputy Mayor under former Mayor Sharpe James, serving in that role until November 2005. That same year, he was appointed to complete the Municipal Council vacancy created by the death of Councilmember-at-Large Donald K. Tucker. He returned to the Municipal Council in the 2010 Municipal Election, gaining election as South Ward Council Member.

Mayor Baraka has established various anti-crime initiatives, which include Newark's Committee on Violence, the opening of a mini-precinct in partnership with the Newark Police Department, securing additional patrols by collaborating with county officials and creating the annual "24 Hours of Peace Cultural Event," where Mayor Baraka joined local and nationally recognized talent to advocate for peace and gun control, aimed at ensuring 24 hours of non-violence.

An advocate for gang intervention and prevention, Mayor Baraka served as one of the key organizers and mediators of the Newark Cease Fire/Peace Initiative that took place in May 2004. He was also a founding member and served as the chairman for the historic First National Hip-Hop Political Convention, held in Newark in 2004. Mayor Baraka is also very instrumental in leveling the disparity between low and moderate-income and market- rate housing as well as bringing affordable housing to urban areas.

His father, the late Amiri Baraka, was one of the nation's legendary poets and playwrights of the 1950s and 1960s, and author of numerous works of poetry, drama, fiction, and non-fiction. His mother is Amina Baraka, herself a noted writer. Mayor Baraka inherited his artistic excellence and sense of community activism from these artistic and community-committed parents. The father of three daughters, Mayor Baraka is also a published author. His latest work, "Black Girls Learn Love Hard," is dedicated to the life of his late sister, Shani Baraka.