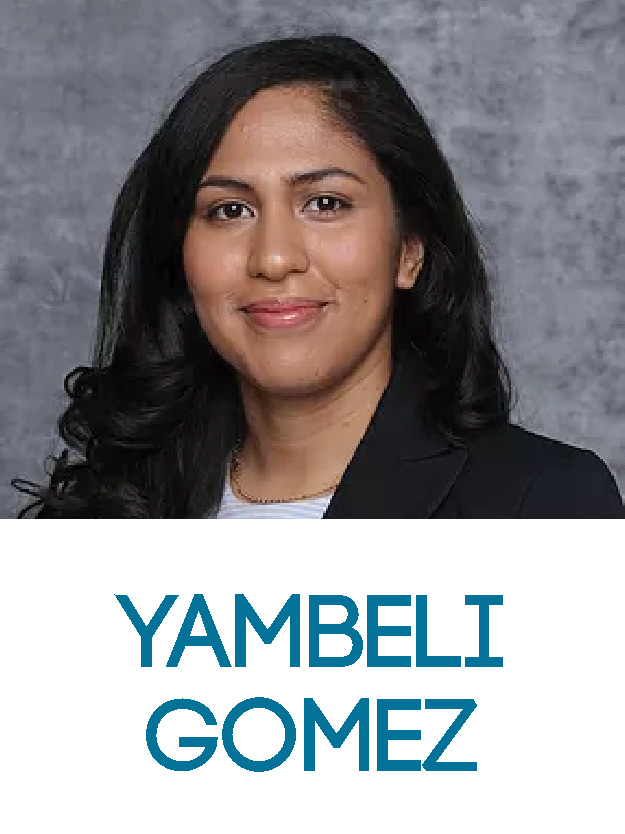 Born and raised in New Jersey, Yambeli Gomez is the daughter of Latino immigrant parents. Yambeli grew up in a bilingual household with her father, a math teacher, and mother, a labor union organizer, who both emphasized the importance of education and social justice to her.

Ms. Gomez attended Suffolk University’s Campus in Madrid, Spain for a two-year program to study International Affairs. After, finishing the program in Spain and after extensive travel, Yambeli returned to finish her degree at Plattsburgh State University. Yambeli graduated with a Bachelors in Political Science from Plattsburgh State in 2012.

In college, Yambeli interned and worked for a number of social justice organizations and non-profits such as Partners of the Americas in Washington D.C., United NY in New York City, and volunteered as an ESL tutor for Clinton County Literacy Volunteers in Plattsburgh, NY.

After college, Yambeli went to work as a labor organizer working on the Fast Food and Fight for $15 Campaigns in New York City and around the country. During her time as a labor organizer she was able to assist in smaller campaigns working to raise the minimum wage for poor and working class people around the country; the most notable victory was in SeaTac, Washington the first city in the country to have a $15 minimum wage.

Yambeli also worked as a community and education organizer on many different grassroots and political campaigns that embrace fighting injustices in housing and education. Notably, Yambeli worked on Universal Pre-K campaign to bring free quality pre-K education to every child in New York City.

Currently, Ms. Gomez, a resident of Newark, is working as a legislative aide for Newark Municipal Councilman At-Large Eddie Osborne. Yambeli has been recognized by the City of Newark and State of NJ for her community work. Yambeli uses her experience as an organizer and community.