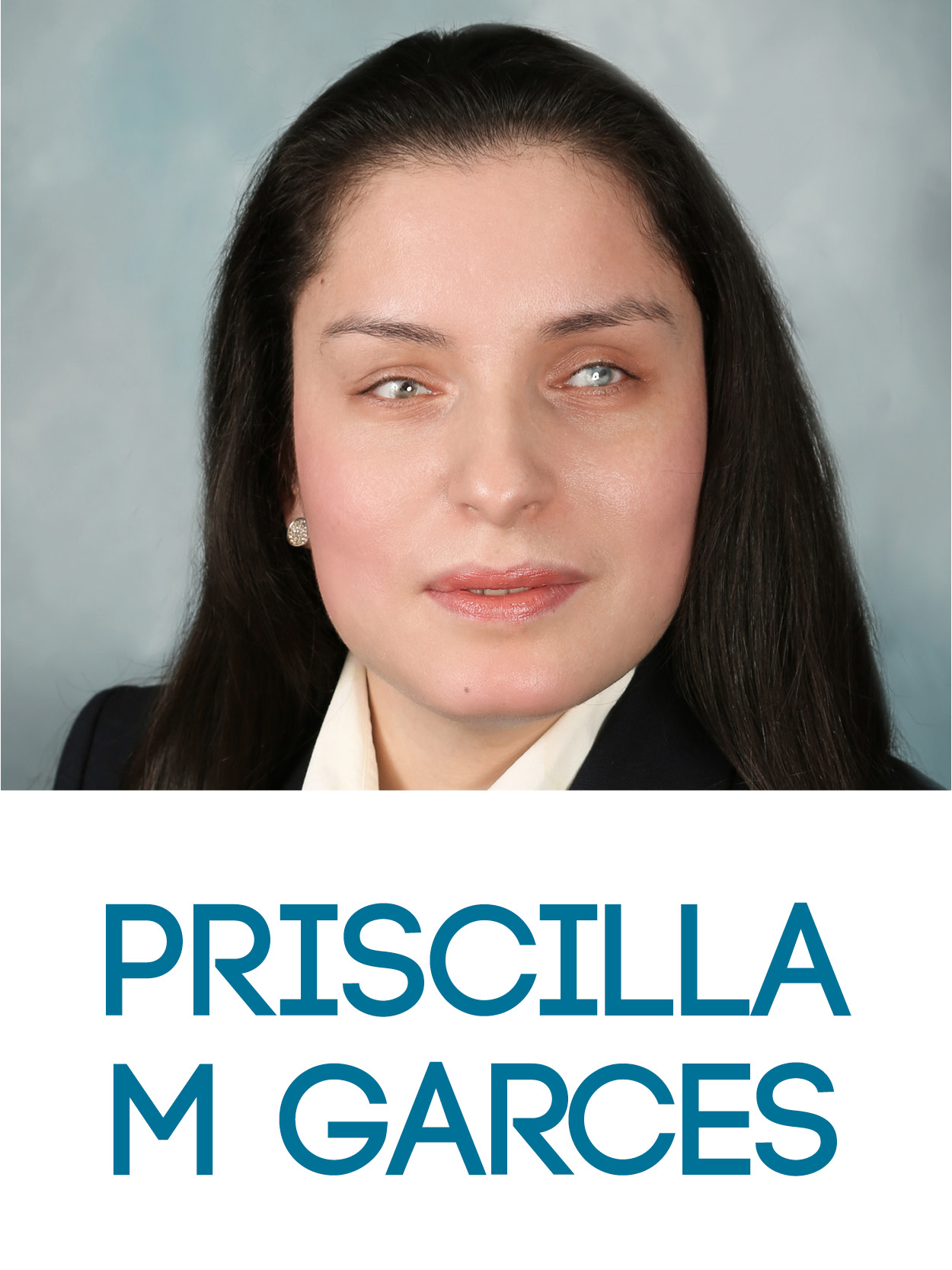 Priscilla Garces is visually impaired due to medical complications resulting from prematurity, which lead to her parents’ decision of migrating from Ecuador to the United States in search of a better future and quality of life. Her blindness does not stop her from achieving her lifelong dreams, instead, it is an opportunity for her to view life with a different lens. A lens of hope, faith, and resilience.

Priscilla grew up in the City of Newark, where she spends the majority of her life and attended Newark Public Schools, preparing her for the many challenges ahead. During her academic career, she became part of various extracurricular activities including the National Honor Society and the national Spanish Honor Society.

By way of her perseverance, effort, resilience, and determination coupled with the invaluable support from her family, educators and organizations, she attended Seton Hall University and graduated earning a bachelor’s degree in Diplomacy and international relations, along with a minor in Latin-American studies and Spanish.

Priscilla also worked at the office of former U.S. Senator Frank Lautenberg and the office of U.S Senator Robert Menendez in Newark as part of a team of policy leaders in performing research and advocating for pedestrian safety legislation; the United Nations focusing on human rights and diplomacy; at Philantropia Inc., a world-leading nonprofit consulting firm as a research consultant for nonprofits, the New Jersey Courts as a bilingual interpreter, the New Jersey Alliance for Immigrant Justice in the city of Newark as a research consultant and other organizations. She later obtained a certification in Bilingual translation from New York University followed by a Master’s Degree in Nonprofit Leadership/ Development from Fordham University with honors.

She has been involved in different leadership roles at various organizations including the New Jersey Lions Club, the Phi Kapa Phi Honor Society Fordham University Chapter, LimeConnect, and Organizing For Action, as part of a leadership team where she helped coordinate and took part as a speaker/panelist representing citizens with disabilities in the “Impact of Voting” Community Engagement Event organized by a team of community organizers where she contributed her expertise in the area of advocacy for the implementation of initiatives that allow more accessible assistive technologies to be used in polling places.

She also contributed as a volunteer for the Governor Phil Murphy campaign by speaking at various town halls about the importance of accessible voting platforms for individuals with disabilities. These efforts resulted in the successful election of our New Jersey governor.

Priscilla took part in various committees including the People’s Climate Movement Steering Committee, as an activist where she spoke about the impact of climate change faced by vulnerable population groups like people with disabilities; and is now involved with The Climate Reality Project as a member.

Currently, she takes part in the New Jersey Women’s March Steering Committee and Emerge New Jersey, an organization that prepares women to hold leadership positions in office as a programming and steering committee member contributing her insight in implementing new initiatives to improve the program's curriculum for future trainees.

She is eager to give back to the Newark community, the hometown where she grew up, by way of her support, wisdom, and experience because she believes that all communities should have access to education regardless of determining circumstances like disabilities and that more priority should be given towards ensuring access to vital resources that can accommodate the specific needs for families to help their children reach their full potential.

Priscilla also believes that quality accessible education compensates any disability by acquiring different abilities previously not discovered and that no child should be excluded from the opportunity to receive the support needed to thrive.

With empathy, direction, and unity, Newark’s future will be brighter. Empathy is all about understanding the root cause of challenges faced by families and children to better direct them in the right path. Direction is all about mentoring children to stimulate their growth, help with their emotional and social development. Unity is to create a safe and healthy environment by way of open and honest communication between families, organizations and mentors responsible for the well-being of children.

She envisions herself as an advocate, willing to defend, motivate and mentor other aspiring leaders to continue being a voice that empowers others for success in their communities because education is for all.