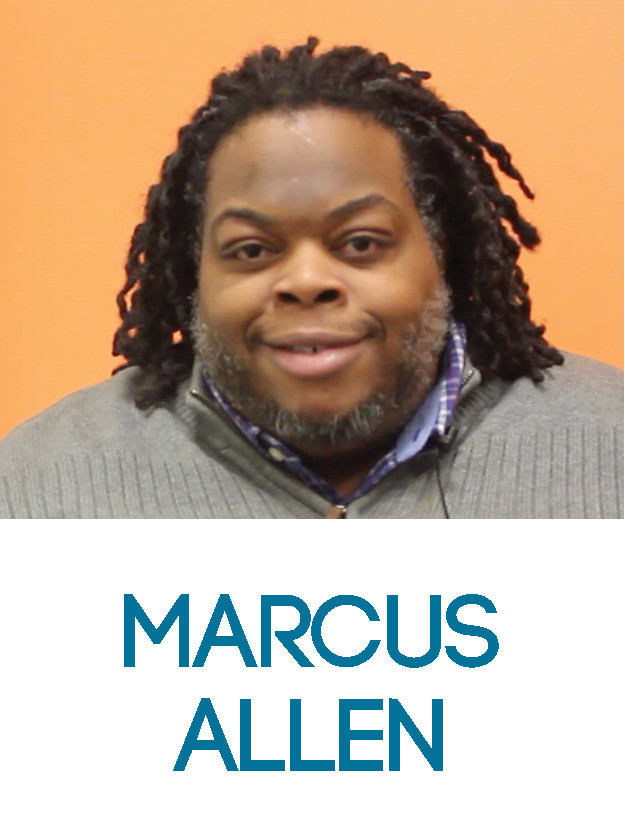 Simply put, Marcus Allen is a child of Newark, who has made a lifetime commitment to serving his community.

Mr. Allen grew up in the Central Ward where he attended 15th Avenue School, South 17th Street School, and eventually West Side High School. During his tenure at West Side High, he led the student fight against the New Jersey State Interscholastic Athletic Association’s (NJSIAA) decision to force West Side High to forfeit all of its fall sports games after a tragic incident. Mr. Allen’s strong leadership skills allowed him to galvanize his peers to pressure the NJSIAA to reverse its decision. This is where his commitment and dedication to community service took off.

Mr. Allen has always been seen as unique by the adults he encompassed himself with, this is evident when he was able to work with the West Side High PTSA and Secondary Parents Council to bring local ministers in to talk to students about personal growth and post-high school aspirations, all in an effort to strengthen the school climate.

From 1999 - 2012, Mr. Allen has proven to be a trusted voice in the City of Newark. His work with agencies like Newark Do Something, Just One, and 10,000 Mentors, shows his ability to engage his peers around activities that had a positive emotional outcome and impact on their community.

Mr. Allen served as the Chairman of the West Side Park Super Neighborhood and the Upper West Side Park Steering Committee, both initiatives were designed with the intent to bridge relationships with community-based organizations and secure grant funding to bring much-needed resources to the West Side Park Community. His work with agencies like Project Re-Direct Youth & Family Services, United Community Corporation, International Youth Organization, and Tri-City Peoples Corporation helped him develop the relationships to empower residents of the Central Ward with tools and resources necessary to address some of the socio-economic issues they were faced with.

Mr. Allen served 7 years with the Newark Fire Department as a Public Safety Telecommunicator. Over the last 10 years, Mr. Allen has served as the Vice President and President of the PTA at Avon Avenue Elementary School, a parent volunteer, and more recently as the Community Engagement Specialist. Through these positions of leadership, he has been able to create innovative programming to help increase parental engagement. His ability to build intricate one-on-one relationships with students and their families has led to a stronger parental climate that allows parents to actively advocate and be true partners in their child’s education.