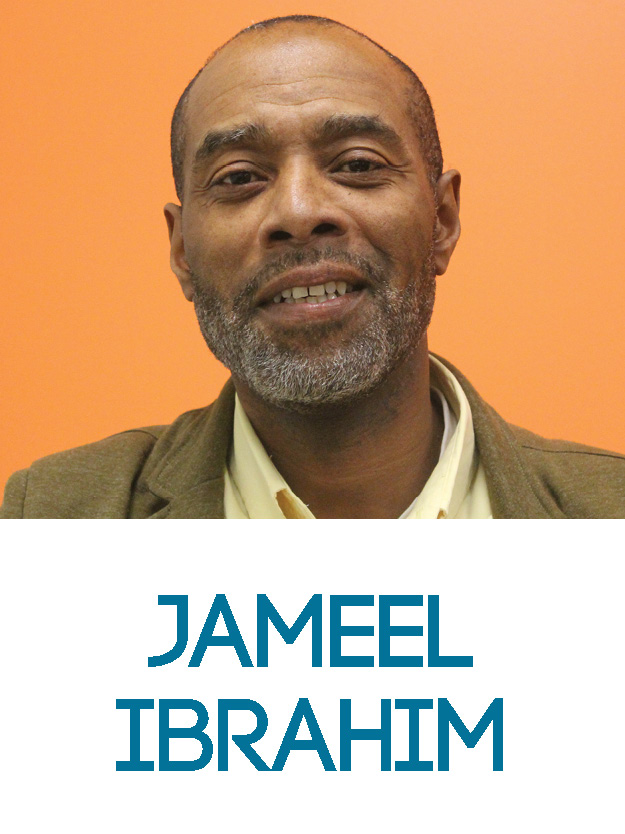 Born and raised in the Southward of Newark and attended Weequahic High School, Mr. Ibrahim currently lives in the Westward where his children attend Newark Public Schools. Mr. Ibrahim is a graduate from New Jersey State Colleges and Universities such as Essex County College, Thomas A Edison State University, Rutgers University and a Graduate degree from Mercy College in Business (organizational Leadership).

Mr. Ibrahim started in public service by enlisting in the United States Navy and later became employed by the City Government, County Government and State Government. In the city of Newark, he was employed as a Sanitation Inspector, promoted to Code Enforcement Officer, and later promoted to an Affirmative Action Officer.

As a state and county worker he was employed as a Medical Security Officer and a Juvenile Detention Officer. His public service continued with Public School Teaching in Newark & Irvington Public Schools and as an Adjunct professor at Essex County College.

Mr. Ibrahim’s private public service began the Youth Advocate Program for Essex County and Union County, Newark Do Something Leadership program, Citizen Police Academy and District Leadership in both the Southward and Westward as well as Hearts of Vailsburg and many other block associations.

His public service has influenced many people within the community and enriched many of their lives. This is his motive for running for Board of Education. He would like to continue the progress that Newark Public Schools had made, and would like to aid in the continued development and success of the Newark School Program by ensuring: