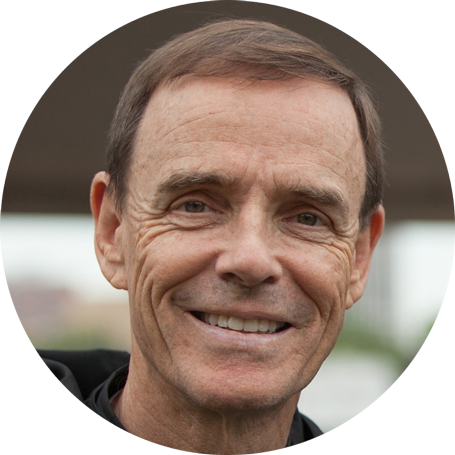 Father Edwin D. Leahy, O.S.B., became the 23rd Headmaster of Saint Benedict's Preparatory School in 1972. Having graduated from St. Benedict's Prep in 1960, he earned a B.A. in philosophy from Seton Hall University in 1968 and a Master’s in Divinity with distinction in 1975 from the Woodstock College at Union Theological Seminary, New York. In 1966 he took his first vows as a monk of the Benedictine Abbey of Newark and was ordained to the priesthood in 1972. Fr. Edwin began his work at St. Benedict's Prep in 1967, teaching biology and religion and assisting with the wrestling and American football teams. Following the suspension of operations of St. Benedict's in 1972, Father Edwin was named to direct the efforts of monks, interested parents, alumni and friends to re-open the School as soon as was feasible. Under his direction St. Benedict's re-opened in 1974 with 89 students and 14 faculty members.

St. Benedict's has now grown to 747 young men, most from African American and Hispanic backgrounds, and 51 faculty members. 98% of the school’s graduates go on to college, with the most academically talented attending such colleges as Brown, Columbia, Dartmouth, Georgetown, Holy Cross, Harvard, Notre Dame, NYU, Penn and Rutgers. In 1988, the School added a $9 million academic-athletic center, followed by a $10 million campaign for a new library and endowment funds for scholarships and teacher support. A Field House and a 60-student residence, named Leahy House, were added in 2000. St. Benedict’s has recently completed a $50 million campaign to renovate its oldest buildings and increase endowments for scholarships and teacher support.

Today St. Benedict’s Prep includes a counseling center--a comprehensive mental health services department. The department is at the forefront of applied school psychology and is a resource virtually nonexistent in other urban school settings, an achievement which was featured in the documentary "The Rule" by Marylou and Jerome Bongiorno. During Father Edwin’s tenure focused therapy groups were established for the St. Benedict's students, including Alateen for students with a loved one who abuses drugs or alcohol, and Unknown Sons for students who do not have relationships with, or knowledge of their fathers. In 2005 the Velvet Rope program was established in the Leahy House, which helps resident students deal with a variety of socio-emotional issues that impact their learning.

Father Edwin is president of the Board of the Essex County Vocational and Technical Schools, and serves on the Board of St. Vincent College, Latrobe, Pennsylvania. In 2006-07 he is a Gustav Heningburg Civic
Fellow with the Institute on Ethnicity, Culture, and the Modern Experience at Rutgers-Newark. Father Edwin is also a member of the Newark Alliance.