Back To School Means Not Stepping Backwards

As America, and New Jersey, takes a giant step back into the classroom after an awfully long (and mostly awful) break, it’s time to prioritize factors for success. At the top of everyone’s list is safety, but what comes after that? Certainly learning, but if we’ve learned anything in the past two years, it’s that academic learning isn’t enough. Effective learning comes hand-in-hand with socio-emotional learning, or SEL, which embraces the socio-emotional well-being of students (and others) at home, in school, and in the community at large. 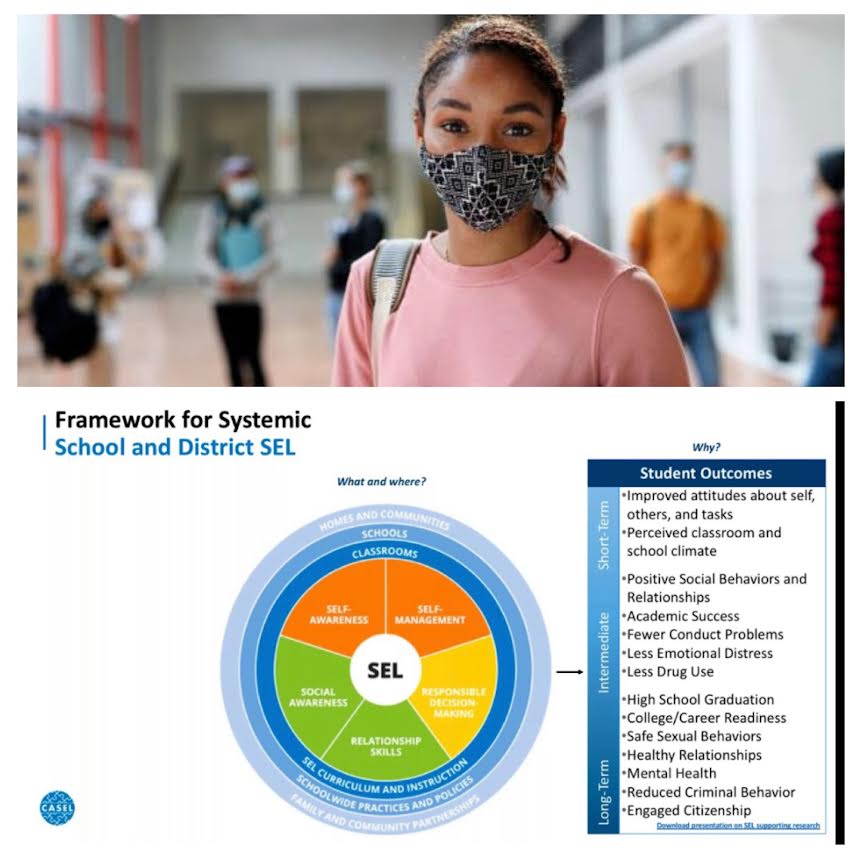 SEL’s importance has been acknowledged and studied in recent years but is still a long way from adoption. Now, as the pandemic threatens and strikes in new and unpredictable ways, SEL can not afford to be a “nice to have.” With unprecedented uncertainty and stress, the further disparity between students of color and their white peers, and a dizzying shift from home to school and places in between, we must put students’ emotional needs first. And let’s not forget that educators, administrators, and parents deserve the same consideration and care.

Here are three tips for an exceptional new school year that begins at the intersection of academic learning and socio-emotional learning.

Broaden your empathy and understanding. The old expression, “put yourself in someone else’s shoes,” has never been more relevant. At the start of the pandemic, parents became teachers, teachers became counselors, and children became tutors to siblings who needed help or were forced to share deficient technology with each other, from late model mobile devices to Internet access. No matter what your “official” role is, keep your eyes and ears open and be quick to assume new roles as you see those around you need a hand.

One is the loneliest number. Thinking just about yourself or just about your child is the fastest way for our community and our society to fail. In an environment where things can change at a moment’s notice, it’s wise to continuously listen and learn to make an informed decision. Clear and consistent communication produces productive action and removes the uncertainty that causes fear, anxiety, and confusion. Be part of a community conversation that’s about working together for maximum benefit. Everyone needs a listening ear, partnerships, and friends. Since the pandemic began, mentorships, collaboration, and reliance on others have been paramount.

Overcome negatives with positives. When each and every day can throw a curve ball, it’s easy to give in and give up. Nothing’s easier than throwing your hands up in defeat, voicing criticism, expressing anger, and passing judgment. While it’s a great way to unburden stress, this can be counterproductive. Force yourself to look at your behaviors and habits when you hear bad, conflicting, or conflicting news about the school. Recognize that no one has dealt with this before and that there’s a world of people who are trying their best to figure this out for the best. Think about what you can do to stay calm, stay smart, steer clear of the problem – and be part of the solution.