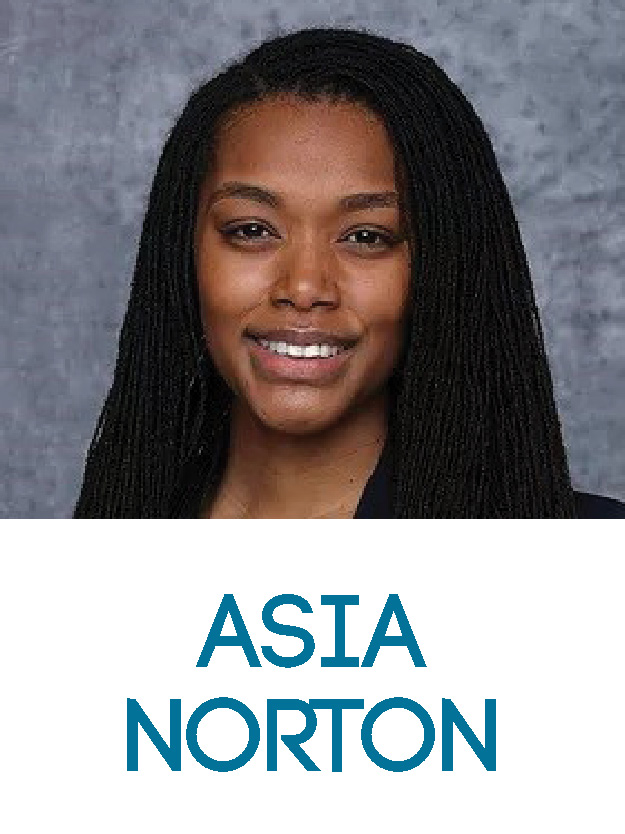 My name is Asia Norton. Asia like the continent. Norton like the antivirus. I was born at Beth Israel Hospital and was raised in the South Ward in the City of Newark. I am a third generation Newarker and lived here my entire life. I went to Maple Avenue School, attended church on Lyons Avenue, and spent my summers swimming at St. Peters Recreation Center. I loved swimming so much that I trained to be a life guard at JFK pool. I was a life guard at every pool in Newark, including the lake at Camp Watershed.

​I went to college in Boston and majored in African Studies. During my senior year, I worked with the Annenberg and grassroots organizations led by high school students in Boston, Rhode Island, and New York City to help students have a voice in their educational system.

When I graduated from college, I became an AmeriCorps volunteer and worked on the “Let’s Move Newark” campaign to promote healthy eating and active lifestyles. I followed in my mother’s and grandmother’s footsteps and became a teacher in Newark. My grandmother taught at Alexander Street School and my mother taught at Miller Street School. I have been teaching kindergarten for six years here in Newark. I received my master’s from Columbia University with a concentration in education policy. I have the honor of being a mother to a young and active boy whom I adore very much.

I want to be on the school board because I was that Newark student who was invisible in the system. I got all the way to fifth grade not knowing how to read. My mother wouldn’t let the system fail her daughter and she fought for me. She looked for schools that would give me the education that I deserved. No child should be invisible in a system that’s purpose is to help them grow.

As a board member, I’ll bring the heart of an educator given my years in the classroom and being a third generation Newark teacher; the mind of a policymaker given my training at Columbia University, but most importantly, the spirit of a Newarker because it is my struggle that gives me the strength to fight for our students here in the City of Newark. To fight for all who go Invisible.