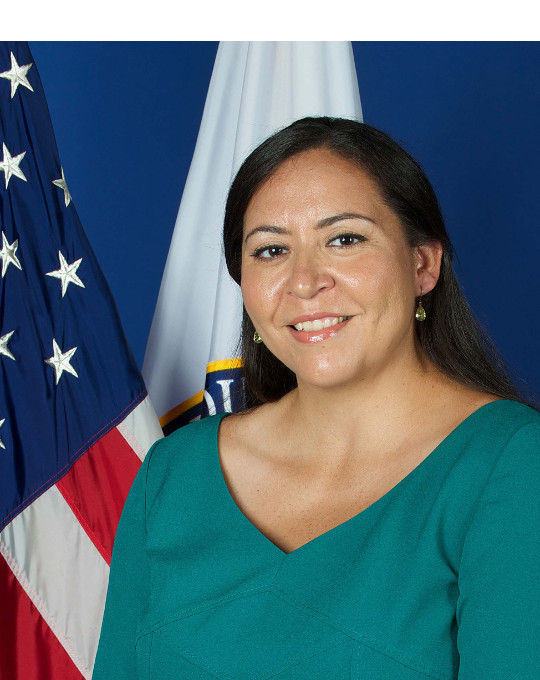 Alejandra Ceja is the Executive Director of the Panasonic Foundation.  Ceja assumed this role in June of 2017 and is responsible for leading the Foundation’s investments in educational equity.

Ceja is the former Executive Director of the White House Initiative on Educational Excellence for Hispanics. She was appointed by the White House in 2013 to serve President Barack Obama and the U.S. Secretary of Education to increase the educational attainment and life outcomes of Hispanics across the nation.  In this capacity, Ceja helped cultivate 150 Commitments to Action totaling $335 million to build on and accelerate federal, state, and local investments in high quality education for Hispanic students.

Prior to this role, Ceja was the Chief of Staff to the Under Secretary of Education at the U.S. Department of Education, where she was responsible for coordinating policy activities related to postsecondary education, career and technical education, adult education, and federal student aid.  Her previous professional experience includes serving as the Senior Budget and Appropriations Advisor for the House Congressional Committee on Education and Labor, where she worked on budget and education policy issues. Ceja helped draft legislation in support of reauthorizing the National and Community Service Act, resulting in the enactment of the Edward M. Kennedy Serve America Act. From 1999 to 2007, Ceja was a Program Examiner for the White House Office of Management and Budget (OMB).

A native of Huntington Park, Calif., Ceja holds a bachelor's degree in political science from Mount St. Mary's College in Los Angeles, and a master's degree in public administration from Baruch College at the City University of New York. She is a graduate of the Congressional Hispanic Caucus Institute's Public Policy Fellowship, the Presidential Management Fellows program, the National Hispana Leadership Institute and the National Urban Fellows program.