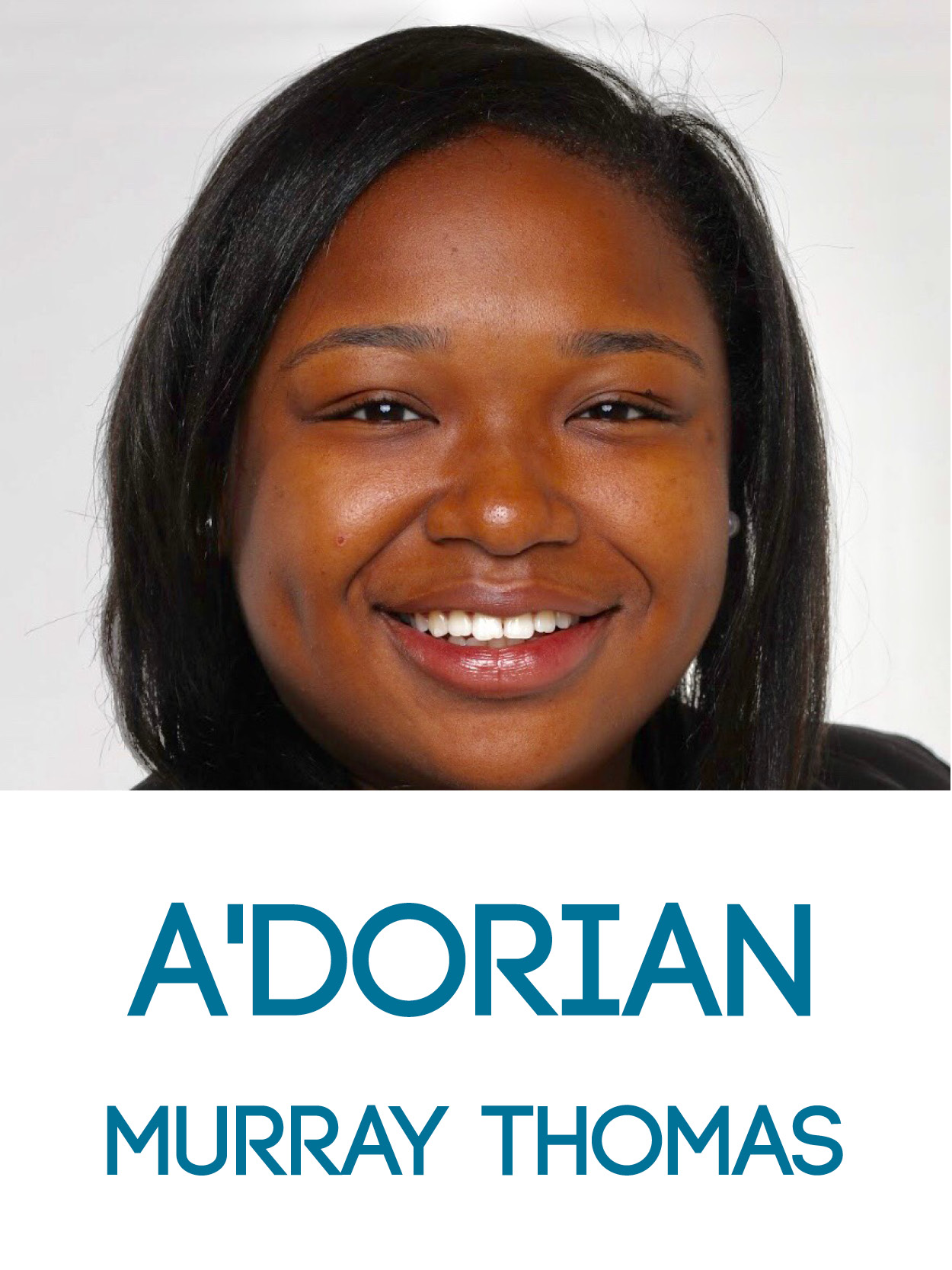 A’Dorian Murray-Thomas is the Founder and CEO of SHE Wins Inc., a leadership and social action organization for middle and high school girls in Newark, New Jersey. Born and raised in the city of Newark, A’Dorian founded SHE Wins to create a pipeline of Newark college and career-ready young women leaders.

At only 23 years old, A’Dorian has been recognized as one of President Obama’s White House Champion of Change for College Opportunity, one of Glamour Magazine’s “College Women of the Year”, a Youth Service America’s “Everyday Young Hero”, named a New Jersey Hero by New Jersey Former First Lady Pat Christie, and one of “The Root” Magazine’s 25 Young Futurists for her work in education and youth development. A'Dorian and her SHE Wins scholars have been featured in ESSENCE Magazine’s 'Black Girl Magic’ docuseries, ABC’s “Here and Now” talk show, The New Jersey Star Ledger, USA Today, Positive Community Magazine, and Fox Nightly News. ADorian chaired the Education Committee as a Board Member on the State Farm Youth Advisory Board, where she helped allocate funds for more than $5 million dollars worth of service-learning grants across the U.S. and Canada until 2016.

A'Dorian previously served at the Newark Opportunity Youth Network, where she empowered over-aged and under-credited high school youth from Newark Public Schools to reconnect to educational options, as well as helped implement the district’s restorative-based intervention for students on long-term suspension. A’Dorian is a 2016 graduate of Swarthmore College and holds a B.A. in Political Science and Educational Studies.