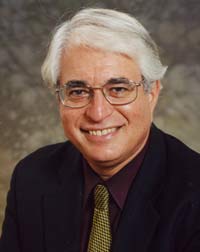 “The Newark Education Trust acts as an advocate for the community in holding the Newark Public Schools accountable in establishing a new culture of excellence.”

University Professor Steven J. Diner served as chancellor of Rutgers University-Newark from July 2002 to December 2011. He devoted himself to building Rutgers-Newark as a leading urban research university. Under his leadership, Rutgers-Newark has built strong ties between the campus and the local community.

During every year of his tenure as chancellor, Rutgers-Newark was named number one in racial/ethnic diversity among national universities by U.S. News and World Report, and was named number one in 2011 by Forbes Magazine in its first diversity ranking. To take advantage of this extraordinary diversity, he initiated faculty development workshops on how to use classroom diversity as a teaching tool, and he also began outcomes assessment to determine the impact of the campus diversity on students. He is the immediate past president of the Coalition of Urban & Metropolitan Universities.

Steven Diner came to Rutgers with a lifelong interest in cities, race, ethnicity and immigration, and the connections between universities and cities, both past and present. After completing a PhD in History at the University of Chicago, he began his career at the University of the District of Columbia, where he taught in and chaired the Department of Urban Studies.  In 1985, he went to George Mason University, where he served as Vice Provost for Academic Programs and Associate Senior Vice President. He joined Rutgers-Newark in 1998 as Dean of Arts & Sciences.

Dr. Diner’s publications include A City and Its Universities (1980), Housing Washington’s People (1984), and A Very Different Age: Americans of the Progressive Era (1998).