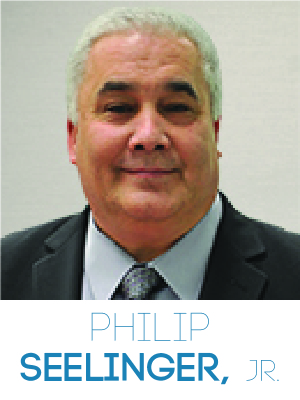 Philip C. Seelinger, Jr. is a lifelong resident of Newark and a graduate of East Side High School.

Seelinger has been a long-time community leader and advocate, serving as District Leader for the East Ward for 15 years and as Constable for Essex County for the past six years. Seelinger also founded the East Side Community Center Drug Awareness Program and served as the Director of the East Side Community Center. He is the Founder and President of the Philip Seelinger, Jr. Civic Association, which has hosted an annual Winter Coat Drive and Children’s Toy Drive for the past 14 years.

Seelinger has always been dedicated to excellence and service. He has served in the U.S. Army and the National Guard. He has earned numerous awards and recognitions including City of Newark Resolutions; Newark Fire Department Community Service Award; Newark Police Department Community Service Award; and A Man of Vision Award from City Council President, Mildred Crump among others. Seelinger has also been part of the following institutions: Former Teamster Local 560/478; Former Selective Service Board Member; Former Juvenile Justice Committee Member; East Side High School and Essex County College.

Seelinger is currently employed as Community Service Program Development Specialist with the Newark Fire Department and is up for re-election as member of the Newark Public Schools Advisory Board. He continues to reside in Newark with his wife Maria, 3 children and 3 grandchildren.