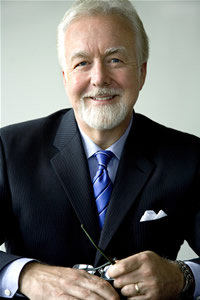 Currently serving as the inaugural President and CEO of the Newark Trust for Education, Dr. Danis is known as a scholar-practitioner who "walks the talk" when it comes to preparing teachers to transform lives, and school leaders to create and manage change. He is deeply committed to creating community education systems where all children achieve and succeed.
Ross has been successfully challenging the status quo since he collaborated on the design of a groundbreaking non-graded high school in the late 1970s. As a staff developer at the highly regarded Academy for the Advancement of Teaching and Management, the staff development arm of the New Jersey State Department of Education in the 1980s, he provided high impact professional development for teams of teachers across the Garden State. While serving as a K-8 principal in the 1990s, he demonstrated his commitment to "choice" by launching the first multi-age primary program as an option to the single graded program in a NJ public school. Simultaneously, Ross created a countywide professional development consortium, published a practitioner-focused Action Research journal, and was a founding board member and president of the Principals' Center for the Garden State.

Ross has taught leadership seminars for school administrators across the deep south of the United States, and dismantled archaic and ineffective ability grouping practices in a large suburban school district. In 1997, Ross was the subject of a PBS documentary on leadership called "Quicksand and Banana Peels: A year in the life of two principals."

In 2000, Ross became the education program director for the Geraldine R. Dodge Foundation where, for almost a decade, he continued to seek and support the most effective programs, practices, and implementation strategies to raise student achievement for all children, particularly in urban environments.

Ross has served as an appointee to the education task forces, commissions, or education policy transition teams of four New Jersey governors, and five education commissioners. He is currently serving as one of the nine members of the Teacher Effectiveness Task Force appointed by Governor Christie charged with developing an evaluation system that holds teachers accountable for student outcomes.