Newark Board of Education 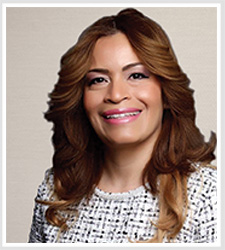 Josephine Garcia, a Newark resident for nearly four decades, serves as a Legislative Aide to City of Newark Council Member, Carlos M. González. She has garnered various accolades for her extensive work with the community during her 18 years of service as a municipal employee.

She has a vested interest in Newark Public Schools, having graduated two of her three sons out of high schools in her beloved City. As a concerned parent, Josephine served 10 years on the Parent Council Executive Committee at the Robert Treat Academy (RTA) and five years as a volunteer of the Science Park High School (SPHS) Parent-Teacher Association. Her accomplishments in these capacities include: spearheading successful initiatives, such as the well-attended International Night at SPHS; helping to raise several thousands of dollars at a magnet fundraiser event at RTA and multiple sold-out RTA movie nights. She also has assisted leading her fellow parent council members in the implementation of a healthier lunch program for RTA students.

Josephine also believes, in addition to academic excellence, students should have access to a variety of extra-curricular activities to promote a sense of community. As such, she is a staunch volunteer throughout the City of Newark, including various sports and summer enrichment programs for youth. With vast experience in organizing and mobilizing, Josephine ran for the North Ward Democratic Committee in June 2016 and was elected as a County Committee Member.